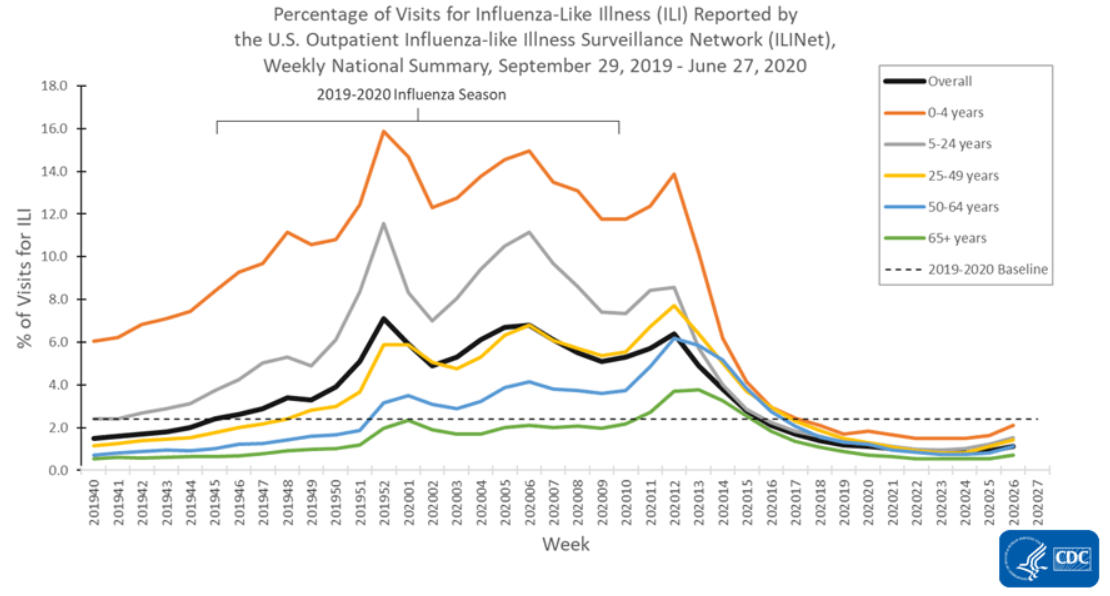 Nationwide “excess deaths” (total deaths) are down. Note they are below the norm (brown line).

Hospitalizations are down. This graph lists covid19 visits based on age. There are local hospitals overloaded or nearly so, but that doesn’t match the overall trend nationwide. Note there is a slight uptick but nothing above the dashed line. Also note we never went over 16% (remember we were told we would hit 100% and overwhelm the entire healthcare system.) The only place that got overwhelmed was New York that I know of – and they weren’t really overwhelmed – they barely used their hospital ship and didn’t really open any of the temporary military hospitals/hotels.

Another interesting infographic shows real time hospital utilization. In this case I selected New York (the largest caseload). They are 22.48% no where near 100% utilization. Proof that there are no true “hot spots” nationally (again there may be locally).

Looking exclusively at Covid19 Death vs Infection rates the graphs are opposite. Note the increasing trend started June 14, so we are more than 14 days in without a corresponding increase in hospitalization or deaths.

The graph below is the “scary upward trend” – but note it doesn’t correlate to hospitalizations OR deaths. We have MORE than flattened the curve, now we are flattening livelihoods and freedom instead.

By all measures that matter, the situation is improving. Before you say the hospitalizations will spike, the 14 day infection / hospitalization cycle is not reflecting spikes (we are over 3 weeks since June 14 when the upward trend started).

There are LOCAL situations where the hospitals are full or nearly full – that is why we have a hospital SYSTEM in the US that allows patients to be transferred.

We are collectively in single digit to low double digit hospitalization rates in 95%+ areas of the USA. There is no need for the fear mongering, the high infection – low death rate ratio should be GOOD NEWS.SOURCE DATA:CDC hospitalization rate decreases (curve) graph with red

*FOCUS ON THE FACTS* not the hyperbole 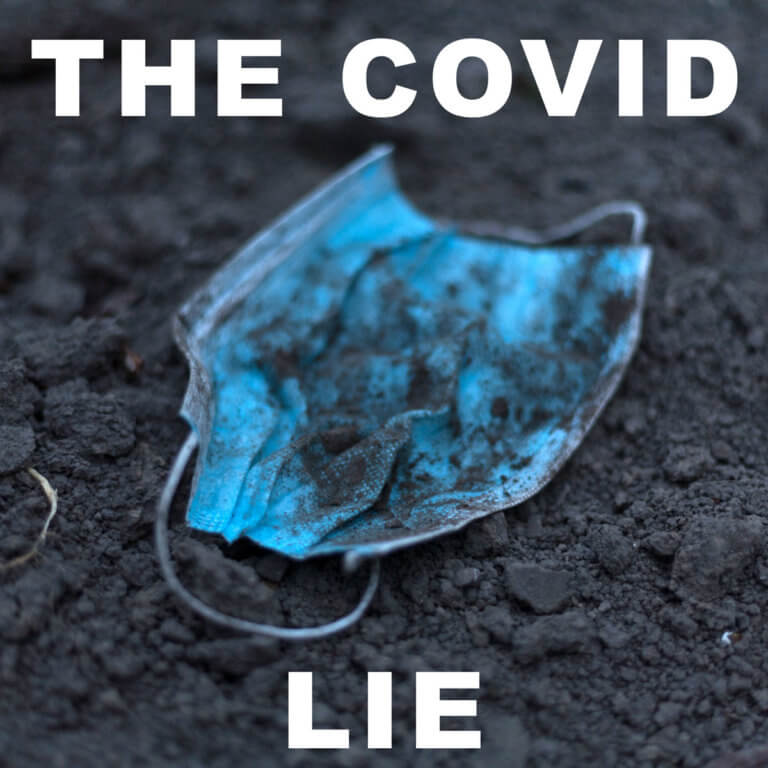 Covid was mischaracterized and misreported. It is not about science or medicine it is about control and politics. Covid was and still is dangerous for the elderly, but the younger population, especially birth to 15 are statistically unaffected. Based on CDC/NIH etc data (summary graph below). More proof of misreporting. The WIDELY reported deaths had… 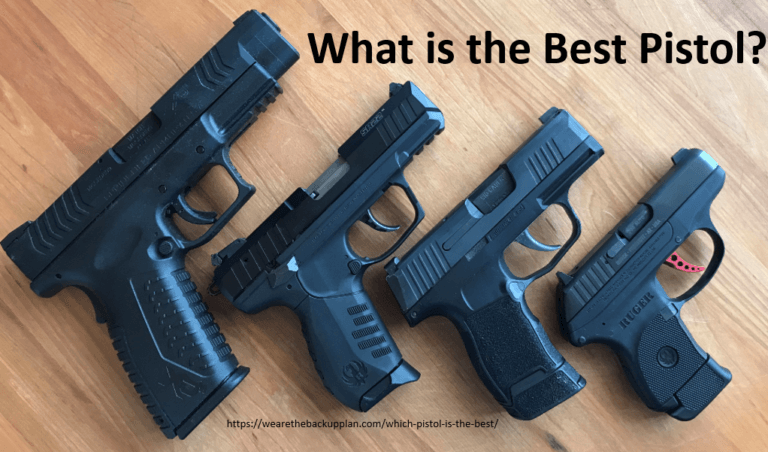 The short answer? “The one you can hit a target with and one you can and will carry ALL THE TIME.” Before you buy a pistol Visit a local range, or find a friend and try firing different pistols. Try out a Glock, Sig Sauer, Ruger and any others you can get your hands on…. 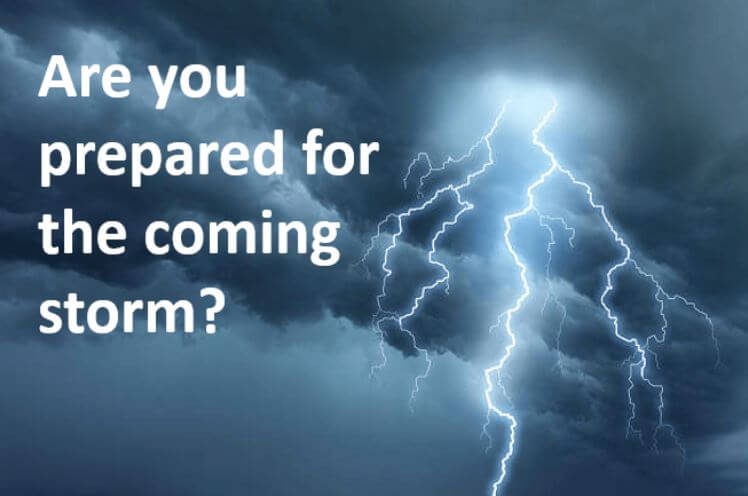 The quick answer is most of us are not, including me. My grandfather used to say, “Never tempt worse, worse is ALWAYS more creative”. So I know I am not prepared enough for everything, but I am prepared enough to make suggestions if you are just beginning. I have NOT done everything in this guide,… 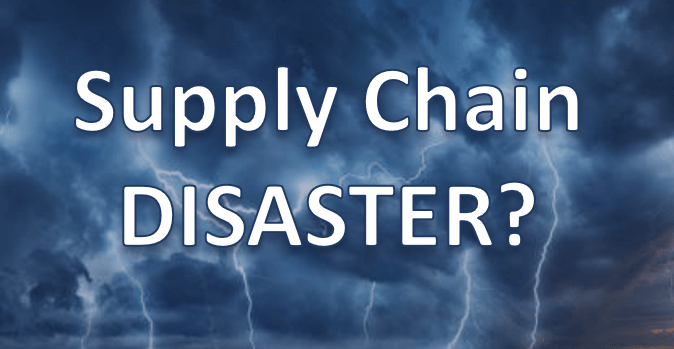 The Supply Chain is ROYALLY messed up. And it appears to be getting worse…

The world is going to hell in a handbasket. What can a single person do? In a word, Persevere. “Perseverance and spirit have done wonders in all ages.” – George Washington Take Action Work to be self reliant Read the constitution of the USA 2 times (get a copy) Plant a garden, then try perennials… 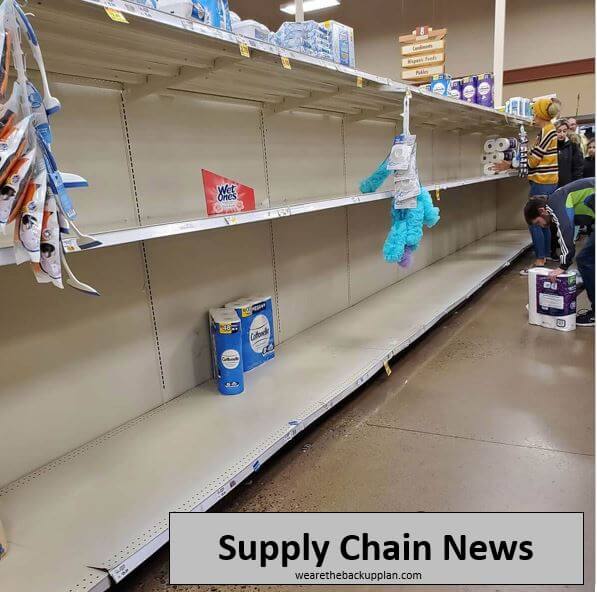 Maybe the title should be “Supply Chain Failure and Inflation News” Why did I write this? In an online discussion I threw a crazy estimate out that there was a 5% to 30% chance that the shelves will be bare for WEEKS if not MONTHS.  A reader asked – Just curious how you figure those…